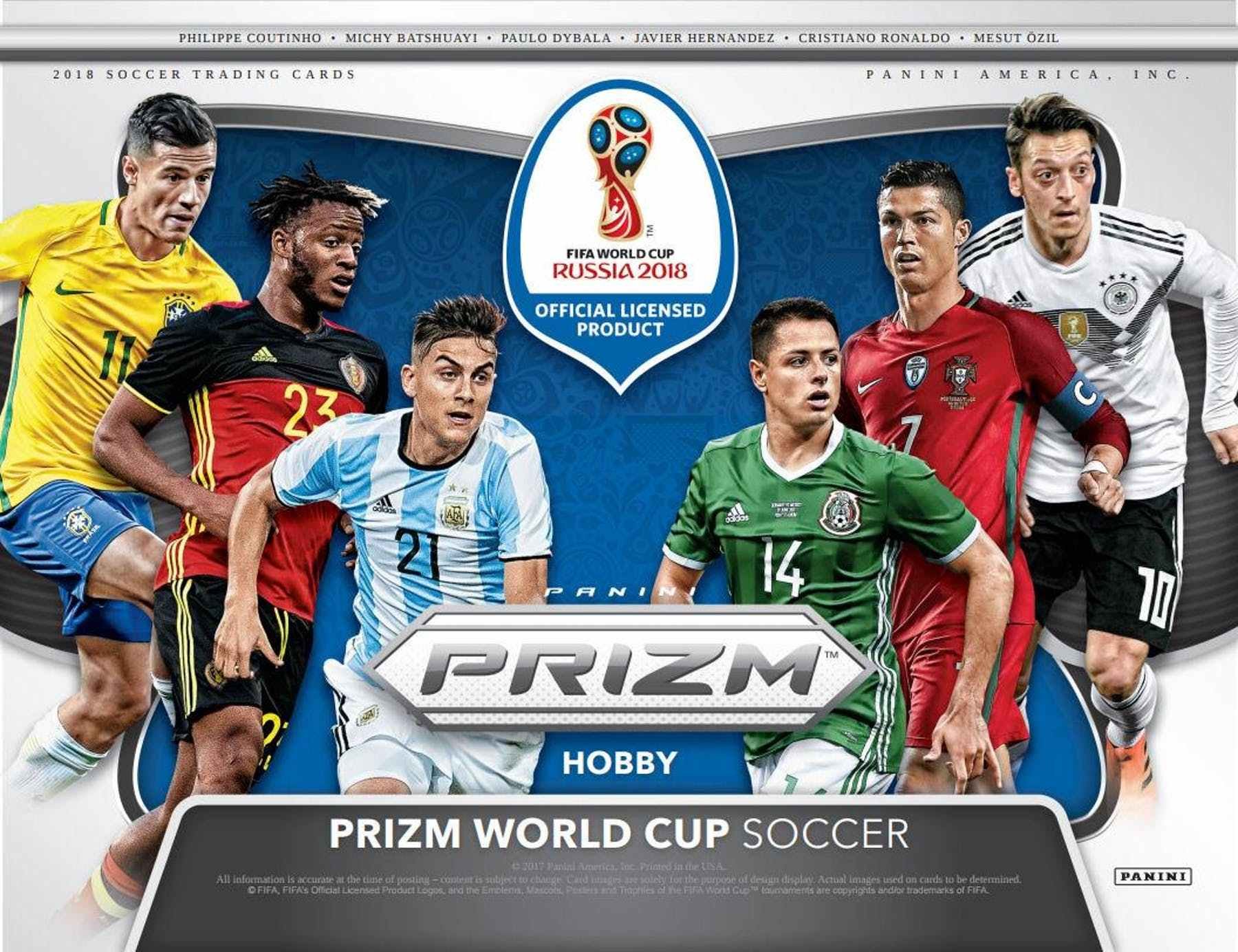 Prizm has a 300-card base set that features cards of all 32 qualified teams in the 2018 FIFA World Cup! Look for Prizm parallels that include the following versions:

Many players will be making their World Cup debut in 2018. First of all find some of these up-and-comers in New Era!

National Landmarks features unique illustrations from all 32 qualified nations! This custom set showcases some of the most iconic aspects of each country in the field, including the players themselves! Look for this insert one-per-case, on average!

Scorers Club features players in the tournament who have racked up goal totals throughout their national team career!

The qualifying stages of the 2018 FIFA World Cup featured many standout performers. Road to Russia is a super shortprint autograph insert that celebrates 7 players who shined in qualifying.

There are no reviews yet.

Only logged in customers who have purchased this product may leave a review.